Sweet Charles Sherrell was born in Nashville Tennessee U.S.A. and started making music when he was 8 years old at school. He began playing trombone for 2 years, trumpet for 2 years and drums for 6 years. Then he attended university T.S.U for 1,5 years music major.

Sweets started playing R&B with Jimmy Hendrix and one of his bass players Billy Cox who also lived in Nashville. They used to practice at Club Del-Mor-Roca on Jefferson street, one block from Jimmy's house. He was playing drums and tought himself to play bass.

He knew how to play guitar because Curtis Mayfield & The Impressions were in Nashville during their recordings and on the days that they came to practice, Sweets would wash Curtis Jaguar and learned to play Curtis guitar for pay.

A few months later the word was out that Miss Franklin was coming to the city looking for a band to take out on the road with her and Jackie Wilson. She picked Johnny Jones & The King Kasuals Band. Johnny asked ‘Young blood’ (that’s what he used to call Sweet Charles) if he thought he could do the job, if he was ready to play bass. Charles said yes and made his way to a pawn shop to purchase a bass that cost $69,-. "I had 3 weeks to learn how to play it, which -thank GOD- I did". So he joined the Johnny Jones & The King Kasuals Band. 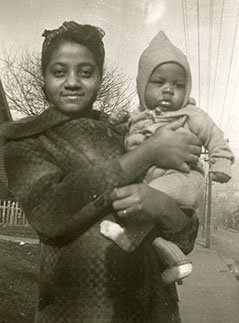 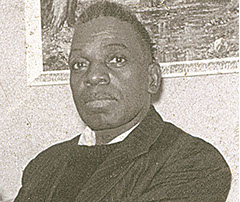 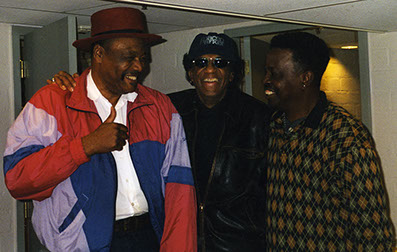 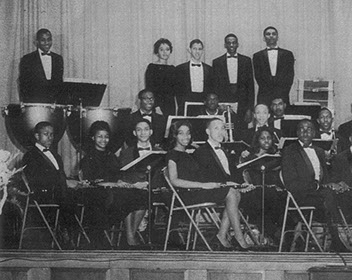